From the Archive: An Interview with David Heath MP 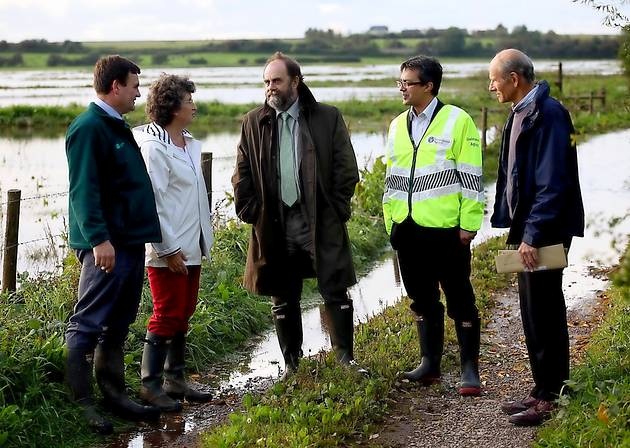 It’s May, 1997, and David Heath is filled with an “incredible feeling of exhaustion.”

The night before, as a cold snap billowed around the UK in one of the coldest spring months on record, Heath sat with his team in Yeovil awaiting the results of an arduous campaign to become the MP for Somerton and Frome.

Paddy Ashdown, then the leader of the Liberal Democrats, stood up and addressed the gathering of supporters. He had just retained his Yeovil seat by an 11,403 majority. Walking over to his junior colleague, Ashdown patted a nervous young politician on the back, assuring him everything would go well. Later that evening the announcement came that the Conservatives were just 25 votes behind and had ordered another recount.

“At that point we weren’t quite as assured as Paddy,” David Heath, MP, C.B.E said, laughing at his office in Frome last week.

“Then at about 4am it came in that we had gone back up to around 130 votes ahead, at which point the Tory officer decided against a 4th count. We had won.”

What would come after was an 18 year career in the House of Commons, including roles as Deputy Leader of the House and Agriculture Minister, as well as two dismissals from the front bench. Today, at 60, he is preparing to retire from the House of Commons, with the battle for his Somerton and Frome seat one of the most highly contested in the country.

As I walk into his open office, up steep stairs and through a door that won’t shut, I wonder what issues he thinks his replacement should be focussing on most. My thoughts, though, are interrupted by a woman in the corner.

“I will swap my children for this, that’s how important it is,” she said, strangling the phone.

Sat waiting in a room endowed with volumes of green books on the back wall, I hear a conversation outside.

“Does David know about this?”

A minute later David Heath walks in, thick beard and tired eyes, hair scruffled and unkempt. He is an uncle you haven’t seen for a few years, instantly personable and good natured.

On flooding, an issue as relevant in his constituency as anywhere in the world, he says the media attention allowed him to campaign with more force but there is still work to be done. When he talks of the Environment Agency and their insistence on not dredging the rivers his voice is full of despair.

To counter this happening again, he says, a Somerset River Authority has been set up which will act as a local power on the up keep of the county’s riverways. They have funding, for now, but will need more long-term national support if Somerset is to avoid a repeat of last year’s horrific damage.

Staying on the environment, we speak about fracking.

“There is a risk of me falling out with people over this,” he says, with a Somerset twang still warming his R’s. “I don’t share the concerns over fracking. Not a single engineer at the College of Royal Engineers I have spoken with believes that this technology harms the environment.”

In the United States environmental concerns about fracking have recently come to the fore, but Heath says the problem in the U.S is the lack of regulation, not the practice of fracking itself. In Somerset, nevertheless, Heath said that he “honestly believes fracking will not happen.”

“Exploration licenses have not been renewed by the fracking companies, mainly due to the geology of the Mendips,” he said.

On a national scale the real problem is that creating energy is almost impossible without some kind of risk, and relying on renewable sources will leave many people across the UK with no electricity.

The national grid must be supplemented by something. And the options all come with their own individual problems.

“I don’t believe getting gas from Russia is particularly good for the environment and I strongly oppose nuclear energy,” Heath said.

“And after studying all of the options I believe that Fracking is the least bad option.”

He also mentioned that many of the online ‘facts’ about fracking are simply ‘scare stories,’ a fact in itself that many of us are becoming more and more aware of, regarding all manner of politically charged issues.

This lack of clear information, I say, seems to be an advantage for MP’s, who can then attach ‘quasi-truths’ to their political preferences. In response, Heath says that, although that may happen, it’s not necessarily a politician’s fault that people are uninformed.

He is, of course, correct.

If you want to have a voice in politics, or any issue, then you have to be prepared to do the research, rather than base your opinions on Facebook infographics.

As we talk Heath does not duck any subject, and is happy to return to the original question even after digressing. And, towards the end of the interview, he urges people to be more actively involved in their own governance.

“There is no need grumbling about ‘they’,” he says, “Because ‘they’ is you. And if you believe in something strongly, and it is the right idea, then the chances are many others will also believe it. So in that respect voting and campaigning is extremely important.”

» Archive, Politics » From the Archive: An Interview with... Previous post:
Next Post:
Archive: Argumentative Politics: the failure of The Greens and UKIP; a reality check for local politicians