From the Archive: An Interview with Theo Simon: Somerton and Frome Green Party PPC 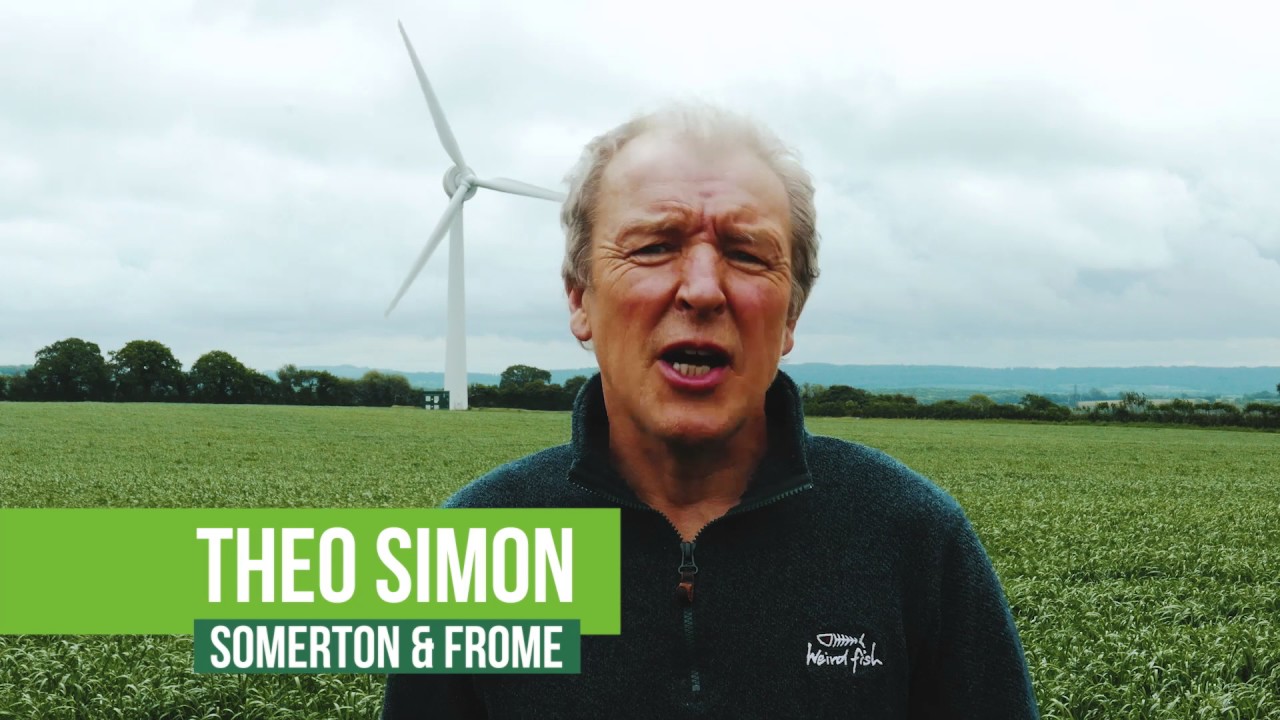 Somerton and Frome’s Green Party PPC, Theo Simon, is late for our interview, but then I had been told this kind of thing might happen. The Green Party has been given that type of image by the mass media in the UK.

A well-meaning environmentalist group that lacks the ruthless organisation and economic savvy associated with the political elite.

This week, waiting at the Garden Café in Frome, the absence of punctuality allowed me to register on paper the usual class of clichés and well-used media rhetoric. Incompetent. Disorganised. Airy-fairy.

It was a nice chance to be lazy, something all writers enjoy.

Then I got an email from Theo Simon.

“Are you coming?” He asked.

Turns out he was in the room next door the whole time.

So, as we finally sat down together I mentioned the first draft of my article. “Local Green MP can’t even turn up on time…” He laughed and said I would have to change it now.

“True” I replied, “maybe I’ll start with why you decided now was the time to stand for government, after decades of protesting and being politically active.”

“Well,” he said. “I have realised for a while now that in order to make permanent change it must come from the top. I was given the chance to stand for the Green Party and, because I share many of the same principles with them, I decided to take that opportunity.”

So what are the values most important to Theo Simon?

“The care of people and the care of the natural world are the two main principles that I believe should be at the centre of how the country is run”, he said.

“The problem is that private gain is currently the overriding principle that drives the way decisions are made today. And that is wrong.”

What Simon proposes is a zero carbon society, where electric vehicles and better insulation are married to a larger dependence on renewable energy sources.

That is, of course, the national party line for the Greens, and critics have called it unrealistic, even fanciful, with many championing further nuclear development at Hinkley Point as the ‘credible’ answer to energy concerns.

In riposte, Simon talks about hydroelectric projects on the River Frome, in Oldford and Telisford, as well as community led renewable energy ventures all over the country, like in Balcombe, Sussex.

Residents there created REPOWER Balcombe after fracking companies moved in, with the emphasis on producing solar powered energy that would ensure buying fossil fuels from giant utility companies was no longer the only option for local residents.

Wyke Farm, in Somerset, currently runs on energy produced by its own anaerobic digester plant. They also pump gas into the local energy grid.

Simon is convinced that the South West of England can lead the ‘Renewable Energy Revolution’, setting up projects that not only produce self sufficient energy but also create jobs and wealth in the area.

And, according to the University of Exeter,* the foundations are already there, with renewable projects, both community and company led, currently employing 10,000 people in the region, with tentative forecasts predicting that to rise from between 6,000 and 24,000 by 2020. The proposed development of Hinkley Point C Power Station would employ around 25,000 people, according to Conservative PPC David Warburton.

At present the South West produces 8.3 per cent of it’s energy from renewable sources, which goes someway to explaining the huge task at hand. It is a task, though, that Simon is determined to see out regardless of whether he is elected or not.

“My experience meeting so many people trying to make the constituency more fuel efficient has been a privilege, really. And I’m going to continue to help bring all of these people together so we can make real change in the area and the country as a whole.”

When I asked him how realistic this whole plan was Simon pointed towards the success of a similar project in Germany that, by 2020, is expected to power 40 percent of Europe’s largest economy through renewable energy sources.*

*An eye-opening study into Germany’s Energiewende is available here.

“It is seen as a long term plan, and I know that many of us only look short term because of what real life throws at us day to day, but I do believe that actually this is also short term,” he said. “We can start generating wealth locally by selling surplus energy back to the grid, while also training young people to do the skilled jobs that are needed in the industry. And of course it creates jobs.”

It is clear after an hour with Theo Simon that he genuinely wants to bring change to the area, not just in energy but also in the NHS and Education.

He says both are subject to a kind of private-company-compartmentalisation, wherein certain components are outsourced and subsequently marked on what the government regards as ‘strong performance.’

During his first job working as a hospital porter, Simon remembers the cleaner stopping and chatting to patients, until they were privatised and no longer allowed to be seen ‘not working.’

“That all round care was gone,” he said.

In effect, he is arguing that by focusing solely on performance the government has taken the soul out of the NHS and state education. He even says there are plans to start paying teachers based on the grades of their students, effectively pitting teachers against each other.

The conversation reminds me of a book, Zen and the Art of Motorcycle Maintenance, where the author explores the idea of what Quality is, separating the rational and the romantic ideals.*

*In his book Zen and the Art of Motorcycle Maintenance, Robert Pirsig talks about how some people see Quality in the exact, rational form, such as the mechanics of a motorbike, while others see Quality in a freer, more aesthetic form, such as the beauty of the bike itself. The central idea is to appreciate and respect the quality of things wholly. In a sense, to appreciate the importance of caring for the engine and cleaning the bodywork in equal measure.

There is little doubt that Simon believes the government is too mechanical in its idea of what Quality means when it comes to Care and Education. There are many who agree with him on this subject, although it was something else he said later on that caught my attention.

It was the most thoughtful, yet simple argument for voting I have heard so far. Without the condescending rhetoric usually applied.

“If you vote for what you really want, then a higher number of voters will force the government to work in closer accordance to those ideas.”

Just look at the Tories and how they have gone more right wing since people started supporting UKIP.

It remains to be seen if the Green Party can usurp The Conservatives in Somerton and Frome, certainly the Lib Dems and UKIP are telling voters they have the better chance.

What is certain, however, is that The Green Party have a bit more organisation, competence and fight than many give them credit for.