From the Archive: An Interview with UKIP PPC Alan Dimmick: “Just vote UKIP and lock your door!” 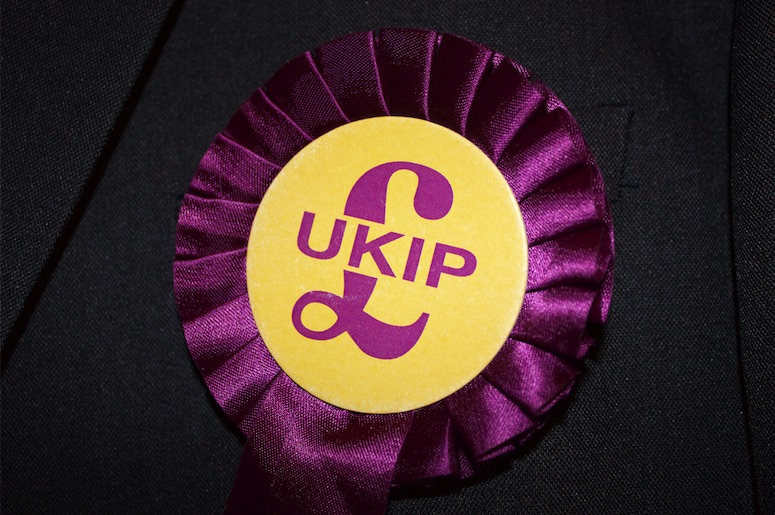 Alan Dimmick is smiling as he walks up the uneven stairs in La Strada Café, perhaps even more so than when he pushed out the Lib Dems to win a seat on the Somerset County Council in 2013.

This month three Liberal Democrat Councillors have defected to UKIP, so it’s not surprising the party’s Prospective Parliamentary Candidate is looking pleased.

“Support for the Lib Dems has completely evaporated,” he says, taking a seat and straightening his purple and yellow tie.

According to ITN news he is right, with the television channel’s recent poll suggesting Nick Clegg’s party are set to lose big in the south west of England.

In Somerton and Frome, Dimmick believes he can win a seat experts say is almost certainly returning to Conservative blue after a 17 year hiatus.

“The way I see it,” he says, with a voice that stops on every word.

“It is a two horse race in Somerton and Frome between myself and the Conservatives. Our support in the area is huge.”

That support, I suggest, could actually play into the Lib Dem’s hands while keeping out the Tories, like it did in 2010.*

*In the 2010 General Election UKIP took 1,932 votes in Somerton and Frome. That year the incumbent Lib Dem, David Heath, was re-elected with a 1,817-vote margin over the Conservatives. If UKIP hadn’t scooped up those right-leaning voters the outcome could have been very different.

However, Dimmick believes people must vote with their heads and their hearts regardless of what Labour and the Conservatives are saying about tactical voting.

Despite his good humour, and he does seem like an inherently nice guy, Dimmick is the most politically charged candidate I have met so far.

He accuses the Green party of providing far too little information about their policies, namely how to fund them, while also saying “the fact that the NHS is even a political issue is completely ridiculous.”

“It should be fully funded, free at the point of entry and political parties should stop using it as a bidding war to get votes,” he says.*

*UKIP party headquarters has pledged £3 billion extra funding to the NHS, some £5 billion less than the service claims it needs.

Something he is keen to talk about, though, as he pours two sugars into a black coffee, is housing, which is an election issue Chucktown Magazine believes is affecting young people more than any other.

High student debt, low wages, inflation and the increased cost of housing are all contributing factors that ensure Millennials struggle to get on the property ladder.

Dimmick says that the wrong types of houses are being built, a notion also put forward by Labour PPC David Oakenson.

The fact is that three bedroom houses all over Somerset, built by large companies and Buy-to-Let landlords, are squeezing out those looking for smaller homes to buy. And let’s face it, not many people in their twenties and early thirties need three bedrooms, while even fewer can afford them.

Dimmick’s solution is a wage structure change across the country that would ensure low paid employees, likely to be under 30 years old, would receive the same monetary amount when given a raise as the top earners within the same business.*

*Many businesses increase employee wages based on a percentage of salary earned. EG. Two people at Somerset Council get a 2 per cent wage increase. Bill who earns £15,000 a year gets £300. Jim who earns £60,000 a year gets £1,200. Alan Dimmick wants state organisations to set up an agreed wage pool, from which an agreed percentage scale is paid to all employees. If that pool was, for example, £40,000, Jim and Bill would both receive £800 as a 2 per cent increase. In theory, this prevents the gap between the lowest and highest earners from increasing over time, while also bringing up the living standards of low earners.

He put this forward during two years spent on the Somerset County Council and is hoping it’s taken up on a national level.

The Trades Union Congress (TUC) in Bristol thought the idea was “marvellous,” Dimmick said, although he claims that the congress’s Regional Secretary, Nigel Costley said they would only support it if Dimmick dropped his UKIP banner.*

*A quick look at the TUC website explains why

That UKIP banner means that, while I’m wary of talking too much about buzzword issues, the question of immigration invariably comes up. The UKIP stance on Immigration is well documented.

So, I ask, does immigration actually affect Somerton and Frome, one of the country’s most rural constituencies?

“Yes,” he answers, putting down his cup of coffee, “and the main issue is with schooling.”

Dimmick believes there is a crisis in the area’s primary schools because of a shortage of places, which means the area needs 12 new schools by 2018.

“That will be extremely hard to achieve because there is a £25 million shortfall of education funding at county level,” he says. “This strain on the public services is because an 8th of births are due to, shall we say, non-local people.”

Come May 7th we will find out just how much of a strain UKIP has put on the Conservatives’ march to power in Somerton and Frome.